Nigeria: from afrobeat to afrobeats, how Fela Kuti helped his country to become a nation – Capcov

It is an event that must be saluted: the dantesque exhibition, open since October 20 at the Philharmonie de Paris, around the powerful and overexcited universe of Fela Kuti. The opportunity to return to the way in which Afrobeat allowed the overcoming of symbolic and cultural barriers, in a form of transnationality, becoming the engine of Nigerian unity in an uncertain post-colonial context. A radical revolution.

We are at the beginning of the 1970s. Nigeria is emerging from a murderous civil war, and the socio-political climate remains chaotic. While slums are multiplying on the outskirts of Lagos, testifying to a real economic disintegration, foreign multinationals and corrupt Nigerian leaders are sharing the enormous profits drawn from the exploitation of oil, with little concern for the redistribution of wealth.

I am the master of my own destiny

Born of a pastor father who introduced him to the piano very early on and an activist and teacher mother, Funmilayo Ransome-Kuti, a female figure in the fight against colonialism, Fela Kuti then arrived from Ghana, where he created, in 1967, afrobeat, a combination of Ghanaian high life, funk, jazz, salsa, calypso and traditional Yoruba music, his ethnic origin. From his real name Fela Hildegart Ransome, he first wrote his texts in Yoruba. Then he ended up adopting pidgin English, thus transcending language barriers so that all Africans could appreciate his music.

Doubtless also a gesture of insubordination, like the one that consisted in shedding the paternal surname (Ransome) – borrowed, according to him, from the colonizer – in favor of that d’Anikulapo. Translation: “He who carries death in his bag. Understand: “I am the master of my own destiny and I will decide when death comes for me.” A mantra like a snub addressed to the authorities and a promise made to his people.

Music as a political weapon

In a Nigeria in economic slump, the musician takes refuge in a communal complex called “Kalakuta Republic” – in reference to the infamous Black Hole of Calcutta Indian dungeon –, which he declares independent of the Nigerian state then led by the junta. military. He is home to his family, the members of his band and his recording studio. Very quickly, thanks to his music, Fela Kuti established himself as one of the political spokespersons for the union and prosperity of Nigeria.

He will never stop denouncing the corruption of the elites, the dictatorship and the power of the multinationals

Influenced by the fight of the Black Panthers against the American segregationist system after a stay in the United States, Fela displays increasingly pressing demands for more justice. His music becomes a powerful political weapon against the power in place. After the release of the anti-militarist album Zombie (1976), his residence was completely razed in a military assault. Fela will be imprisoned and tortured several times. 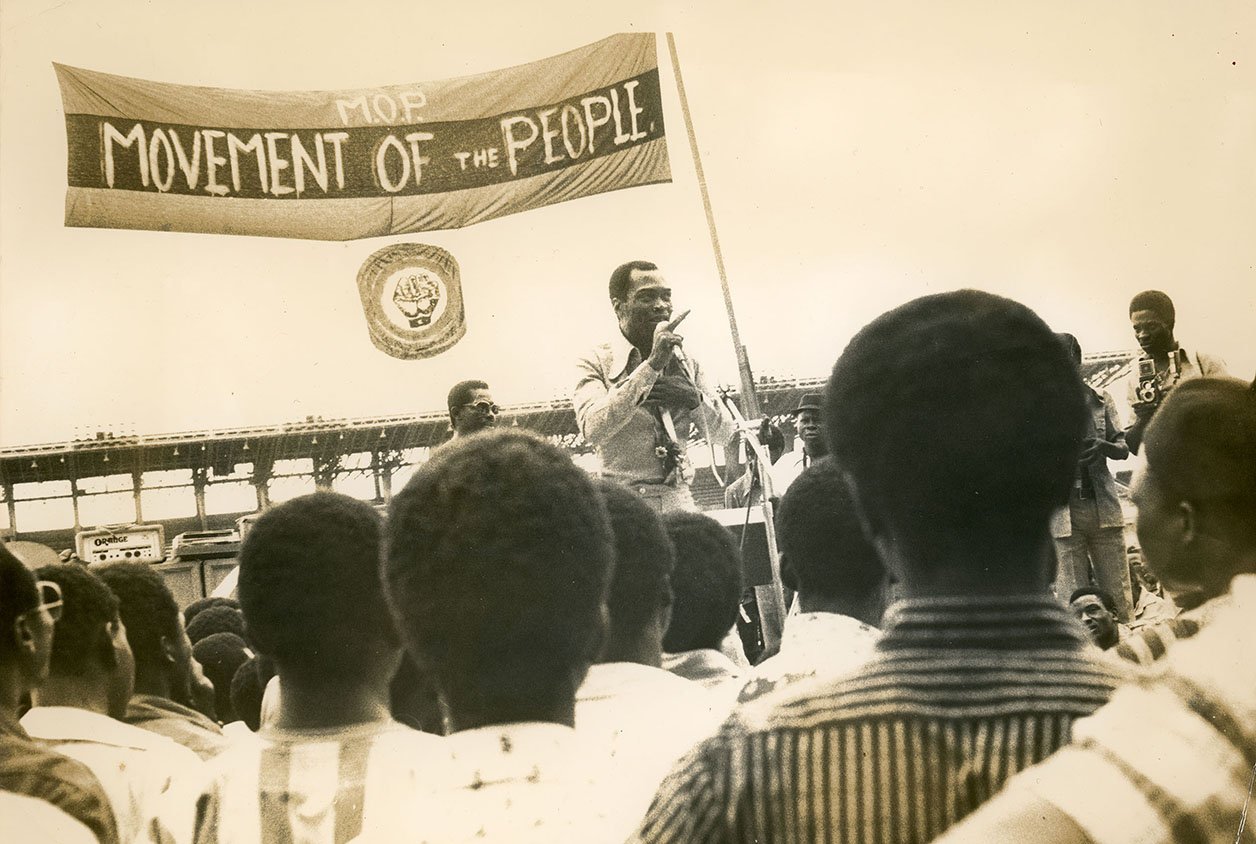 Throughout his career, Fela Kuti will constantly denounce the corruption of elites, dictatorship and the power of multinationals, using music as a weapon. A bit like reggae, but without its mystical dimension, Afrobeat is both music to dance to and a vector of protest, even resistance to the oppression of the people, to social injustice, to unequal power relations, the betrayal of African values ​​for the benefit of the former colonial powers, etc.

Fela Kuti: return to the life and fight of the “Black President” in ten dates

With her fierce energy, she was a sounding board for uniting an entire people against military dictatorships and against the corruption of leaders.

It was not won. Coming out of colonization, “making a nation” in Nigeria was a daunting task, almost insurmountable. Within this State were then gathered kingdoms and empires which cohabited without being great allies: the former Hausa kingdom of Bornu, which became the caliphate of Sokoto under the “jihad” of Ousman dan Fodio, in the North; the Yoruba empire of Ilé-Ifè, which could have extended to the outskirts of Togo if it had not been decimated by the slave trade; the Kingdom of Benin, made up of Edo peoples; the ancient Ibo republics, organized into decision-making communities.

These socio-cultural groups are among the dominant groups in the country, alongside the Tiv, Ibibio, Anga, Bini, Birom, Chamba, Degema, Ebira, Igala, Kanuri, Nupe, Urhobo, Junkun and Bamba. A complex coupling, therefore.

Today, in the wake of Fela Kuti, it is Afrobeats, also known as Afro-pop and Afro-fusion, which helps to structure the many militant movements in Nigeria. The musical architecture of Afrobeat, its structures rhythmic, have attracted dozens of groups, which maintain the creative liveliness of the genre through their contributions and developments, not only in English-speaking Africa and especially in Nigeria, but also in Europe, the United States, Japan…

We are witnessing a global musical phenomenon, the spearhead of a real African soft power

Above all, Afrobeats laid the foundations of the Nigerian music industry, which would experience a new lease of life in the 2000s and 2010s, at a time when international record companies shunned the continent. Originally from English-speaking West Africa, born in London clubs, afrobeats adds R’n’B to traditional sounds. If it remains a different genre, not to be confused with the sound of Fela, it retains its international striking power. 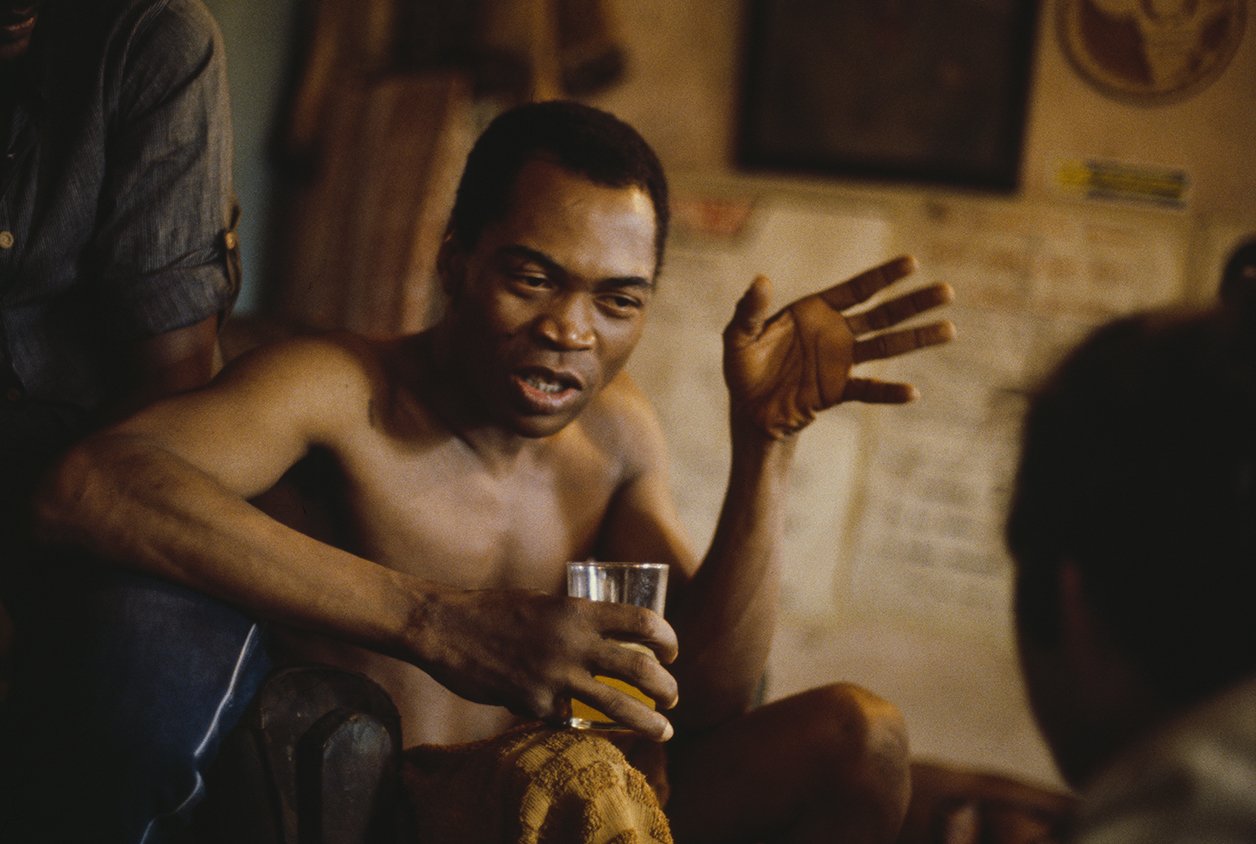 Indeed, for the past ten years, we have been witnessing a worldwide musical phenomenon, the spearhead of a real African soft power. First with the twins P-Square, D’banj or 2face Idibia, then with Burna Boy, Wizkid, Davido or Tiwa Savage, and more recently with the superstars Rema, CKay or Tems.

How Afrobeats conquered the world

If the lyrics of this Afrobeats praise capitalism more than militancy, for some time now, the lyrics have become more political, like the Nigerian youth.

In October 2020, after the murder of a young man in Delta State by the SARS (Special Anti-Robbery Squad) police branch, a viral movement was born on Twitter, with the hashtag #EndSARS, and rapidly gaining the street. A few days later, musician Daniel Chibuike was shot dead. His death set the country ablaze for several weeks. These waves of outrage and anger will also see the release of many images showing police brutality, harassment and extortion in Nigeria.

Nigeria: corruption, indiscipline, impunity… The police are not about to change

After the assassination by the Nigerian army of demonstrators at the Lekki tollbooth on October 20, the Nigerian diasporas are mobilizing around Afrobeats anthems: FEM (Davido) and Oga (Rudeboy) have been repeated several times by demonstrators with United States and England. Many artists like Wizkid, Davido, Burna Boy Boy demonstrated to challenge the international community on the abuses committed by the SARS.

However, we cannot speak of a politicization of Afrobeats solely from the #EndSARS movement. From its beginnings, through Ojuelegba, Wizkid challenges the world on the economic difficulties of the slums of Lagos. It is the same for Burna Boy, whose texts, very politically committed, have paved the way for political demands in this current that has become mainstream and monopolizes the top of the rankings in all countries of the world.

Mariusz Kozak, assistant professor of music at Columbia University, evokes the notion of “social glue” to talk about a convergence towards the same objective: the success of demonstrations for social justice. Because, as if to complete the circle, the “End SARS” demonstrations have led to a renewed interest in the songs Zombie, Sorrow Tears and Blood, Beasts of No Nation by… Fela Kuti. 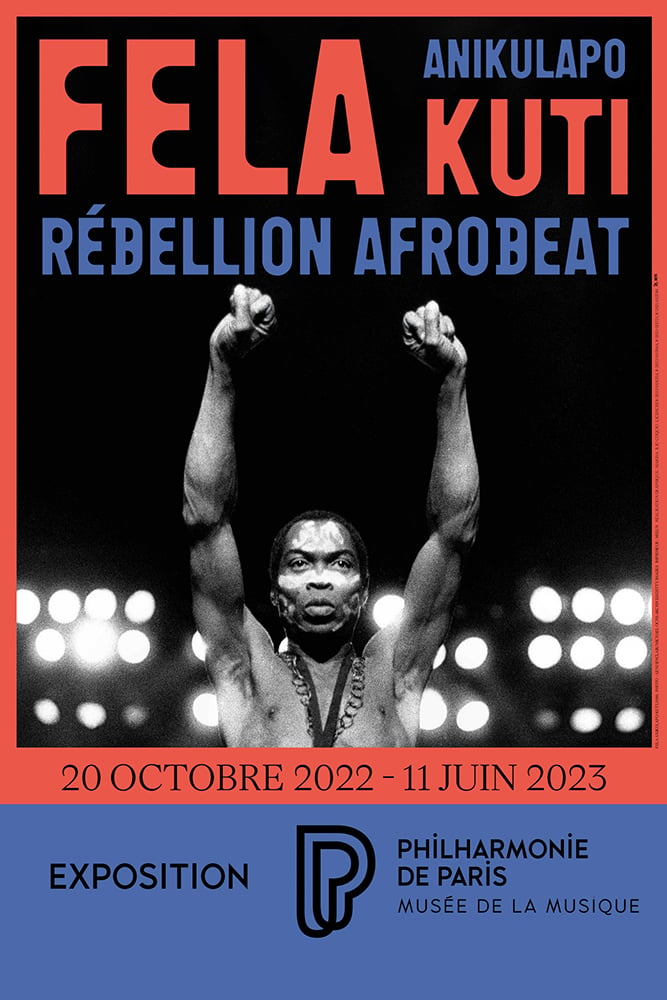 Coup foiled in São Tomé and Príncipe: the former president of the Assembly and a mercenary arrested – Capcov

A Moroccan peacekeeper killed in the Central African Republic – Capcov

While waiting for Qatar Airways, RwandAir is multiplying projects – Capcov

Nigeria - Atiku Abubakar: "Nigerians yearn for change, and I can embody it" - Capcov

No Result
View All Result